He also pitched well enough to catch the eye of the Pirates and soon signed with them and turned pro.

Lyle, however, couldn't match the success he'd seen in high school. He played three seasons and topped out at single-A.

Lyle's career began in 1989, signed by the Pirates as a free agent out of Port Angeles.

Lyle started with the Pirates in the rookie Gulf Coast League. He got into nine games in relief and gave up 10 runs over 19 innings of work.

Lyle arrived at single-A Augusta to start 1991. He got into five games and gave up 11 runs over 14.1 innings of work. The Pirates then wanted to send him back to the GCL. Lyle declined and was released.

In 2017, Lyle signed on as assistant head coach for the Casper Horseheads summer collegiate league team. 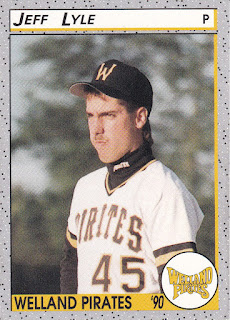