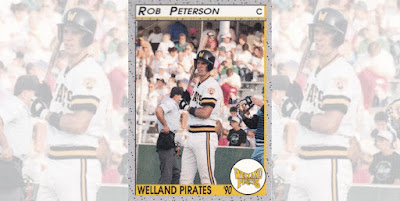 Rob Peterson took over the Madison High School basketball team in 2001 and saw a team with potential, according to The Wooster Daily Record.

He'd also switched sports, The Daily Record wrote, from baseball, which he played professionally, to basketball.

Peterson's professional baseball career took him to time in two seasons. His post-playing career has taken him into education.

Peterson's baseball career began in 1989, taken by the Pirates in the 32nd round of the draft out of the College of Wooster in Ohio. He went to Wooster out of Mansfield, Ohio's Madison High.

Peterson signed with the Pirates having played ball in the summer amateur Greater Akron AA Baseball League. In three years in the league, including his first while still in high school, Peterson made two all-star teams.

Peterson started with the Pirates at short-season Welland. The catcher got into 16 games and hit .184.

He then played 1990 at Welland and at single-A Augusta. He got into 45 games between them and hit .213. That season marked his last as a pro.

Peterson has since returned to Madison High and in 2020 is listed as the school's principal. 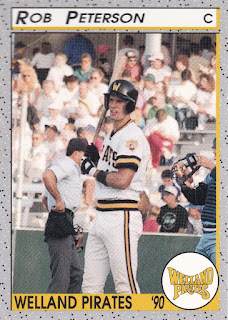