Pedro Borbon worked hard to establish himself in bigs, then returned from injury to do it again

Originally published Jan. 17, 2014
Pedro Borbon had finally established himself in the majors in 1996. That year and the year before, Borbon had more than 40 major league appearances.

Borbon then finished out his major league career in 2003, with seven outings for the Cardinals. He didn't throw his final professional pitch, though until 2006, last playing at independent Bridgeport. 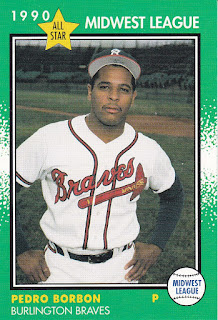