Brian Shouse saw 13 major league outings over his first 12 seasons, then his career took off

Brian Shouse worked as a left-handed specialist in 2007, coming on as his Brewers needed to get a crucial out, OnMilwaukee wrote.

Shouse expressed satisfaction in that, he told OnMilwauke.

"As a reliever, you don't get a lot of credit sometimes," Shouse told OnMilwaukee. "Any time you can do your job and keep somebody's runners on base, I take a lot of pride in that."

Shouse could take a lot of pride in a lot of things. Shouse played a full 12 seasons, from 1990 to 2001, and made the majors only twice for a total of 13 appearances.

Shouse's road to that unusual career trajectory began in 1990, taken by the Pirates in the 13th round of the draft out of Bradley University in Illinois.

Shouse started with the Pirates at short-season Welland. He went 4-3, with a 5.22 ERA over 17 outings. His Welland card back included his "career attitude," or his approach to the game, "Throw hard and hope for the best."

He then made AA Carolina in 1992 and then AAA Buffalo and Pittsburgh in 1993.

Shouse's first run in the majors consisted of six outings in July and August. He gave up four earned runs in four innings of work.

He then didn't return to the majors for five years, until 1998 with the Red Sox, when he saw seven games in Boston in April and May. He gave up five earned in eight innings of work.

Shuose's full-time return to the majors then came in 2002, with the Royals. He got into 23 games that year and then moved to the Rangers for 2003 and became a regular.

Shouse's delivery to the plate got him his spot, specifically his left-handed, side-arm delivery, Brewers bullpen coach Bill Castro told The  Decatur Herald and Review in 2007.

"He'll come in and pound the strike zone," Castro told The Herald and Review. "He comes with a couple different arm angles, and he doesn't get behind in the count. He's durable."

Shouse went on to see more than 60 outings in a season four times. He saw more than 70 once, that year in 2007 with the Brewers. His final major league time came in 2009, with the Rays. His final game came that Oct. 1, weeks after he'd turned 41. 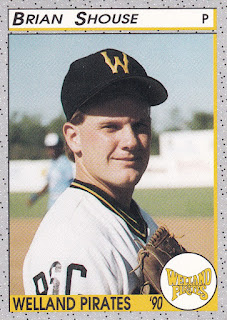