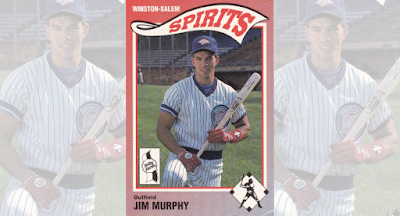 Originally published Nov. 18, 2019
Jim Murphy took the field for the independent Surrey Glaciers in 1995 and hardly seemed to miss a step as he resumed his pro baseball career, according to The Langley Advance.

He did so as he went 3 for 4 with a home run in the team's first pre-season game, The Advance wrote.

Murphy's play at Surrey came as he attended graduate school at the University of British Columbia. It was there that he started his new career, one as an author and motivational speaking.

Murphy's baseball career began in 1988, taken by the Cubs in the 13th round of the draft out of Portland State University.

Murphy started with the Cubs at short-season Geneva. He hit .229 in 67 games there with four home runs. Murphy tried a bit of a trick play that June, according to The Chicago Tribune, by pretending to catch a ball over the fence.

He then went back to school, at British Columbia. He even continued playing sports, but not baseball, football.

In 1995, he returned to baseball at nearby Surrey. In 85 games there, he hit .307. He also made the league all-star game and was mentioned as a bright spot in Surrey's only season in pro ball.

Along the way, though, he studied. At British Columbia, he wrote his master's paper off interviews with 38 baseball people, including major league managers and GMs, he wrote later.

Those interviews then turned into a book, "Dugout Wisdom: The Ten Principles of Championship Teams." He then wrote "Inner Excellence: Achieve Extraordinary Business Success through Mental Toughness" and went into motivational speaking. More on his career can be found at his website: InnerExcellence.com. 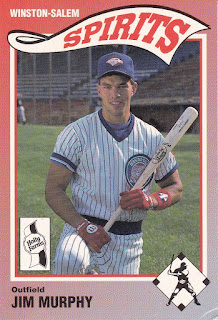