Eddie Taubensee contributed in the majors over 11 seasons; Played with Reds over seven 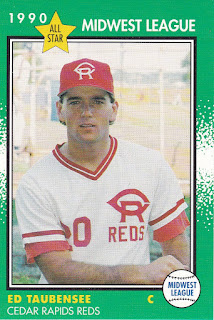