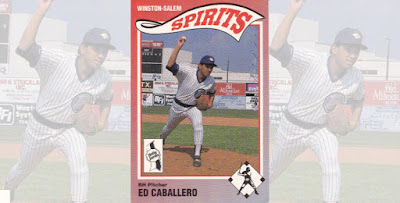 In his third-straight season at Winston-Salem, Ed Caballero broke out in one May game as a spot-starter, according to The Newport News Daily Press.

Caballero did so as he threw a complete game shutout while giving up just a single hit, a bloop single in the sixth, The Daily Press wrote.

"You never expect a guy to do that," Winston-Salem manager Brad Mills told The Daily Press afterward. "I've been managing five years and this is the best-pitched game I've seen."

Caballero pitched that game in his sixth professional season, third with Winston-Salem. That season also marked his last as a pro. He never made AA.

Caballero's career began in 1986, signed by the Cubs as a free agent out of his native Panama.

Caballero started with the Cubs at rookie Wytheville. He went 1-1 over seven outings, one start and ended with a 0.93 ERA. 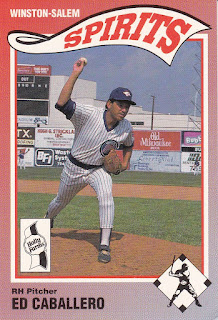