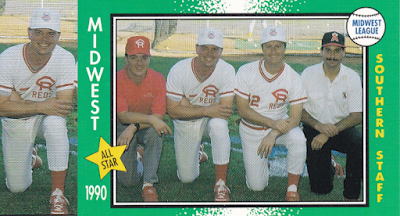 Originally published Dec. 1, 2012
After six seasons in the Reds system as a player, Dave Miley had a decision to make going into 1986, he recalled to MiLB.com years later.

Miley had to decide whether or not to take the Reds' new offer, a position as a coach. He took the offer.

"I still wanted to play," Miley told MiLB.com in 2007, "but the decision worked out well for me."

For Miley, it worked out well enough to make it to a place that eluded him as a player, the major leagues. He made it first as a bench coach. Then, for parts of three seasons, he made it there as a manager.

It's also a post-playing career that is continuing into 2013, as manager at AAA for the Yankees.

Miley's baseball career began in 1980, taken by the Reds in the second round of the draft, out of Chamberlain High School in Tampa.

He started at short-season Billings, making AA Waterbury in 1983. In 1984, Miley made AAA Wichita, but he never made Cincinnati.

By 1992, Miley was already getting his look at the major league manager's job in Cincinnati, among several to interview for the post. The then-AAA manager was even called by The Associated Press the Reds' "top managing prospect."

That job eventually went to Tony Perez. Miley, though, got his consolation prize, his first trip to the majors, named a bench coach for the team.

By 1995, though, Miley was back in the minors, managing at AA Chattanooga. He then managed the Reds' AAA club for the next seven seasons and into 2003.

Then, that July, the Reds fired manager Bob Boone. Named to manage the club for the rest of the season was the man who had interviewed for the same job a decade earlier, Miley.

"Honestly, it's a dream come true,'' Miley told The AP after his appointment. "There's not a whole lot of people that have spent that many years in an organization and have a chance to go up there at the major league level."

That temporary post, though, soon proved more permanent as Miley returned for all of 2004 and into 2005. His tenure, though, was marked by a record of 125-164. In last place in late June 2005 and Miley's tenure with the big club came to a close.

Then, in November, Miley got another offer. This one came from the Yankees to head their AAA club. Miley was back in the game.

"As soon as the job was offered, I jumped at it," Miley told reporters. "It was a no-brainer."

In 2010, Miley picked up his milestone 1,500th career managerial win. The 2012 season then marked his seventh as the Yankees' AAA manager, Miley winning Baseball America's Manager of the Year honors for taking his team to the league's second-best record after a season on the road.

Miley is now set to continue with the Yankees' top farm team, now rechristened the RailRiders, for 2013. 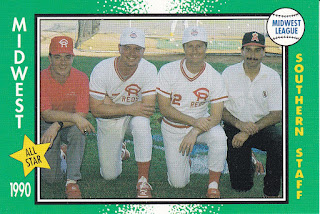