Travis Willis initially hated relief, then it grew on him; Played seven pro seasons, not in bigs 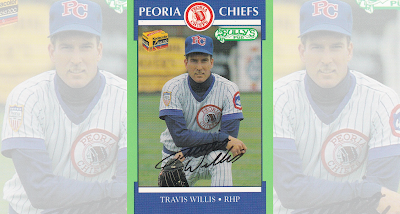 Travis Willis moved from starting to relief in 1991 and he initially saw the move as a demotion, according to The Los Angeles Times.

But the move grew on him and he grew to like it, he told The Times.

"I love being the closer," Willis told The Times. "Each time is a new situation and a new challenge. So many different things can happen, and there is no margin for error."

Willis spoke to the Times as he played for the Cubs at AA Orlando. He went on to play in two more seasons. He made AAA, but he didn't make the bigs.

Willis' career began in 1989, taken by the Cubs in the eighth round of the draft out of the University of California Berkeley.

Willis first moved to long relief in the middle of 1990, squeezed out of the rotation by others, The Times wrote that August.

"My control worked against me," Willis told The Times then. "They told me I'm a guy they can count on to come in and throw strikes. I was a better candidate for the bullpen than somebody who can't find the plate."

Willis played 1991 entirely at Winston-Salem and entirely in relief. He also turned closer. He picked up six wins in 53 outings and he saved 26.

He played 1992 at AA Charlotte and saw three outings at AAA Iowa. He then played 1993 back at Orlando and saved 24.

Willis moved to the Pirates organization for 1994 and played the year at AAA Buffalo. He saw 56 relief outings there and had a 4.24 ERA, but he didn't see Buffalo. He then split 1995 between AAA Calgary and AA Carolina to mark his final season as a pro. 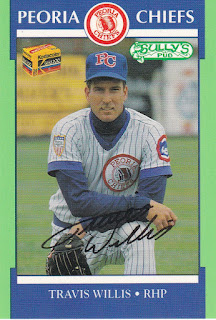