Tom Glick served as a Jamestown Expos intern in 1990; In 2019, he serves as Carolina Panthers team president

Asked in 2019 about his rise in the sports industry, Tom Glick couldn't pinpoint one thing propelled him to where he'd gotten, according to an interview with an industry group.

But he did point to his early work in minor league baseball, early work that included a year with the short-season Jamestown Expos.

"What I found out very early, during my job in the minor leagues right out of school, was that I was curious and passionate about the business of sport and how an organization runs," Glick told the group Association of Luxury Suite Directors. "Later on, I learned what made a high-performing organization."

Glick went on from Jamestown to serve in top positions of several other minor league teams. He then changed sports and got even higher in the business. He's since worked in the NBA for both the league and the New Jersey Nets, in MLS for New York City FC, then in the English Premier League for Manchester City.

In 2018, Glick returned stateside to Charlotte as Carolina Panthers owner David Tepper named him Panthers team president a job that has him overseeing the National Football League club's day-to-day operations.

Glick's career started in the late 1980s at Cornell University. He attended there from 1986 to 1990  and graduated with at B.A. in political science and government, according to his LinkedIn profile.

His work in the sports world, though, began in 1989, as an intern for the Colorado Springs Sky Sox. Then came his season in 1990 with Jamestown. Glick also lists that as an internship, though he is listed on his Jamestown card as an assistant to general manager Tom O'Reilly.

Glick's early work in the sports world is also on display on his card. He is on the left, wearing a shirt from the 1989 winter meetings in Nashville.

He then worked for the Peoria Rivermen hockey team, served as general manager of the Lansing Lugnuts baseball team and then as senior vice president of sales and marketing for the Sacramento River Cats.

In 2004, he joined the National Basketball Association league office as vice president for team marketing and business development, then to the Nets in 2006 as senior vice president and chief marketing officer.

In 2008, he went international, taking over as president and CEO of the Derby County Football Club. In 2012, he moved to Manchester City, as chief commercial and operating officer.

Upon Glick's selection as New York City FC president in 2015, team vice chairman Marty Edelman called it a "huge boost for the Club," according to the team's website.

"In Tom, we have a leader with significant experience in soccer as well as in US Sports and Sports business," Edelman said then, "and one who is perfectly equipped to help the Club fulfill its full potential both on and off the field."

In August 2018, the Carolina Panthers' new owner tapped Glick as the team's president.

"He has tremendous experience in professional sports, successfully fostering fan engagement in major cities globally,'' Tepper said upon hiring Glick, according to ESPN. "I know that his record, expertise and drive will be major assets as we look to win on the field and in the community."

Glick's hiring, especially his background in soccer, was seen as indicating Tepper would push for an MLS franchise for Charlotte. He and Tepper worked to convince the MLS in July 2019 that they needed to award a franchise to Charlotte.

"The region deserves it," Glick told reporters then. "We think the region will support it, and we are confident of that."

In December 2019, MLS awarded Tepper and Charlotte its 30th franchise. 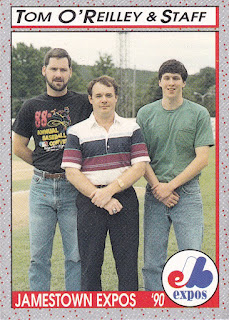