Rob Fitzpatrick believed he saw an opening to the majors; He didn't make it above AA 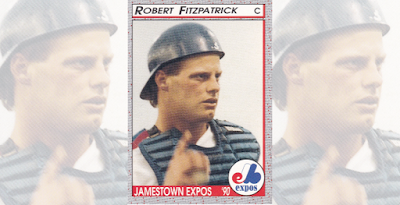 Montreal Expo AA catcher Rob Fitzpatrick believed he saw a path toward the majors in August 1994, according to his hometown Hackensack Record.

That path had to do with the players ahead of him, he told The Record.

"Nobody other than (Darrin) Fletcher has a big-deal contract," Fitzpatrick told The Record. "None of them are All-Star-type guys. I'm thinking if I can get my foot in the door, break into that circle . . ."

Fitzpatrick spoke in the middle of his second-consecutive season at AA Harrisburg. He briefly returned to Harrisburg for 1995. He never made it higher.

Fitzpatrick's career began in 1990, taken by the Expos in the seventh round of the draft out of Georgia Southern University. Fitzpatrick was also credited as Robert Fitzpatrick.

At Georgia Southern, Fitzpatrick hit .382, with 21 home runs in 1990 as he helped his club all the way to the College World Series in Omaha.

"That was absolutely the biggest home run I ever hit," Fitzpatrick told Georgia Southern Magazine years later. "They walked a freshman to get to a senior. It was a pressure situation, and I hit the grand slam. It was amazing."

Fitzpatrick started with the Expos at short-season Jamestown. He hit .268 in 62 games there. He moved to single-A Rockford for 1991. He hit .236 in 93 games. He tied an April game for Rockford on a single.

Fitzpatrick saw 41 games in 1995 across three levels, including 15 final games at Harrisburg to end his career.

Fitzpatrick has since gone on to be a coach in high school, at Westfield High School in Georgia. He continued in that role in April 2019, as well as helped with a local Reviving Baseball in Inner Cities program. 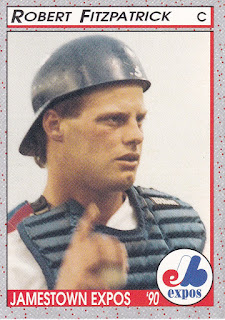