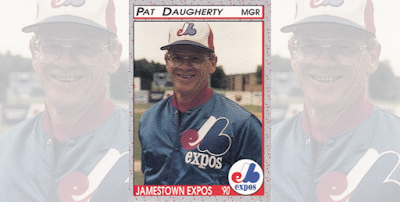 When Pat Daugherty arrived on the campus of Indian Hills Community College in Iowa in 1965 to coach the school's baseball team, he set out to build a winner. But first, he had to build a field, according to The Ottumwa Courier.

"We got the materials and built the field ourselves," Daugherty recalled to The Courier years later. "I dug the field with my own car and when we got the school tractor, I'd mow the field myself. It was a one-man job. You spend a lot of hours, a lot of enjoyable hours, and do a lot of work."

Daugherty took over the four-year-old program and, over 17 seasons, built it to national prominence, taking it to two Junior College World Series.

Along the way, he started a different career in baseball, one he's put much work into in the years since, as a coach with the Expos and scouting director with the Rockies.

Daugherty's long career in baseball began in the early 1960s, coaching at the high school level. When he arrived at Indian Hills in 1965, he built the team to the point where it made the Junior College World Series in 1973, then again in 1981.

By the time he moved on from the school in 1982, he'd amassed a 640-245 career record and had earned legend status at the school. The school's field is named for him, Pat Daugherty Field. Two of his former players later even wrote a book about his time at the school called "Community Treasure."

As he continued to coach at Indian Hills, Daugherty simultaneously caught on as a coach with the Expos. He managed the Cocoa Expos in the Florida East Coast League in 1972 and the GCL Expos in 1974.

From 1977 to 1981, he served as manager at short-season Jamestown and won league manager of the year honors three times.

He then served as Expos minor league field coordinator and served as a scout and scouting supervisor. He returned to Jamestown to manage in 1990.

In 1991, he arrived with the newly founded Rockies and served as scouting director. His first task: Build a scouting staff and get ready for the draft, according to MLB Trade Rumors.

"I remember the day … I arrived in Denver on October 15, 1991," Daugherty told MLB Trade Rumors in 2017. "It was an exciting time, but I always told people it was something unique and great to go through – but I wouldn't want to go through it again. It was a little bit nerve-racking."

In 1998, another draft decision netted the club Matt Holliday - in the seventh round. Holliday fell to that point over concerns he wanted to play football. After getting some added information via Holliday's uncle - a Rockies scout - the Rockies selected him, The Denver Post wrote.

"We knew we could sign him," Daugherty told The Post in 2008. "It never was a gamble in my mind to pick him. I'm not smart enough to say that anyone is going to be a big-leaguer or an all-star, but I thought there was a pretty good chance he would be a good player."

Daugherty moved to the role of special assistant to the GM by 2000. He then continued with the organization through 2014, when he retired. 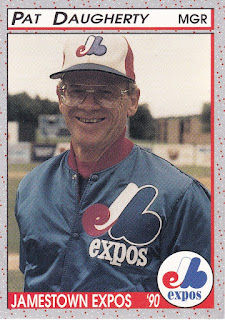