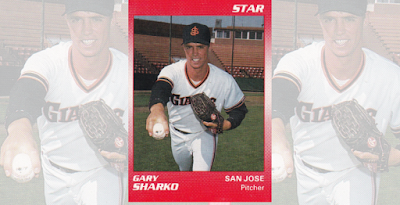 Originally published Feb. 10, 2013
When Gary Sharko came into that July 1988 game, his Everett Giants were behind.

By the time he came out, 3.1 innings later, Sharko had given up just one hit and no runs. His team was also ahead, soon earning Sharko the win.

The outing, and his performance previously, earned Sharko the description by The Spokane Spokesman-Review as "Everett's hard-throwing relief ace."

Sharko's professional career began in 1988, taken by the Giants in the eighth round of the draft, out of Grand Canyon University. At Grand Canyon, Sharko went 2.1 innings in one May 1987 game, striking out five.

With the Giants, Sharko started at short-season Everett. He got into 31 games there, posting a 3.14 ERA. He also saved five games.

Sharko returned to San Jose for 1990, getting 44 outings, three starts. He posted a 3.28 ERA, getting no saves. The next year Sharko became San Jose's closer, saving 31 contests. The 31 saves set a new league record.

Sharko, though, played just one more season. He pitched again at San Jose in 1992, earning a mid-season promotion to Shreveport. He had a sub-1 ERA in 16 outings at San Jose. At Shreveport, Sharko got into 14 outings. His ERA ended at 5.09. It was his final year as a pro. 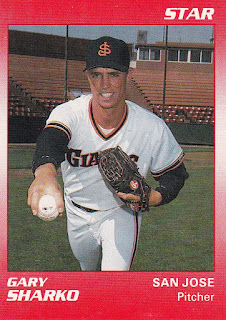