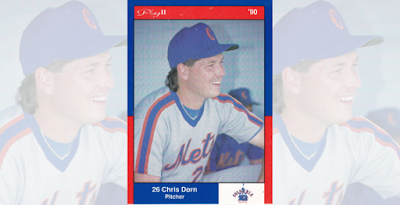 Originally published June 23, 2018
The St. Lucie Mets needed a good relief outing in this June 1991 game and Chris Dorn delivered, according to The Palm Beach Post.

The Mets ended up winning the game and Dorn's outing won praise from his manager John Tamargo, The Post wrote.

"Dorn did a great job in relief," Tamargo told The Post. "We have strong relief pitching; now we have to work on hitting on the ground."

Dorn turned in that outing in his fourth professional season. He went on to play in a total of six. He briefly made AAA, but never made the majors.

Dorn's career began in 1988, taken by the Mets in the 29th round of the draft out of San Jacinto College.

He started with the Mets in the rookie Gulf Coast League. He went 1-6, with three saves and a 4.50 ERA over 26 relief outings.

Dorn split 1989 between single-A Columbia and short-season Pittsfield. He also spent the season as a starter. In 16 outings, 12 starts, Dorn went 8-2 overall, with a 2.52 ERA.

He played 1990 back at Columbia then 1991 at high-A St. Lucie. He made AA Binghamton as a reliever in 1992. He also made AAA Tidewater for a single appearance. He saw one scoreless inning.

Dorn picked up a May 1992 save for St. Lucie and picked up a three-inning relief win that July for Binghamton.

Dorn played in one more season. He started 1993 at Binghamton, then played out the year at high-A Stockton with the Brewers to end his career. 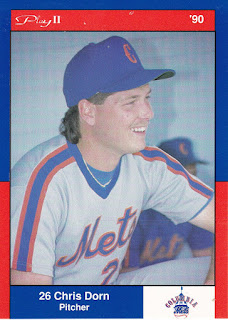