Steve Hosey almost hit one of the last home runs at Candlestick Park, his only home run in the majors 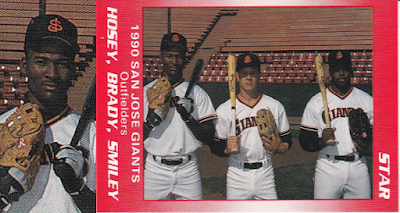 Originally published Nov. 19, 2010
Time appeared to be running out on San Francisco and Candlestick Park. So when Steve Hosey hit his home run, his first, he was happy to hit it when he did and where he did.

In the bottom of the fifth, against the Reds, Hosey hit his homer off of Greg Swindell to tie the game. Hosey's Giants would go on to win 8-3.

"I'm just glad I hit it here," Hosey told The Associated Press afterward. "These might be the last two games in history at Candlestick Park, so I wanted to do it here."

The games ended up not being among the last games at Candlestick. A plan to move the Giants to St. Petersburg fell through. But that home run by Hosey, while his first in the majors, ended up being his last. He returned to the Giants briefly the next year, but never hit another. He also never returned to the majors.

It was an all-too-brief major league career for a former first round draft pick. Hosey was selected by the Giants with the 14th overall pick in the 1989 draft.

He actually hadn't been projected to be a first-rounder, according to UPI.

"He has the raw tools," an unnamed scout told the wire service after the draft. "He may be behind other outfielders at this point, but in terms of speed and power potential, he could be better than others."

The Fresno State product also came from an athletic family. One brother, Jamal Hosey, got a college basketball scholarship. Another brother was Paul Pierce, the longtime Boston Celtic.

It was actually Steve Hosey whom Pierce once credited with helping him progress as a basketball player at Inglewood High in California, according to The Los Angeles Times.

"After my freshman year in the summer league, I didn't get much playing time and I was going to check out of school and go somewhere else," Pierce told The Times in 1993 . "But my brother told me to stay and work hard and try to make (Inglewood) better.

"Now he'll come up to me if my head's down and tell me to just think positive and not to worry," Pierce continued that December. "Just to go out and work hard."

Hosey began his professional career at short-season Everett, hitting 13 home runs and stealing 15 bases. He made AA Shreveport in 1991 and then AAA Phoenix and then San Francisco in 1992.

He made his major league debut on Aug. 29, getting his first RBI a week later. Hosey played in 21 games that year for the Giants, getting 14 hits and that one home run.

Hosey spent much of 1993 back at AAA Phoenix, returning to San Francisco for September. But he got into just three more games. In three times to the plate, Hosey walked once, struck out and got a hit.

By 1994, Hosey was with the Angels, traded there by the Giants in exchanged for another minor leaguer. He spent that year at AAA Vancouver. He returned to the Angels system for an abbreviated 1995, hitting Vancouver and AA Midland.

The former first-round pick then turned to the independent circuit, playing 1996 at Sioux Falls, then 1997 at Salinas. At Salinas, Hosey hit 18 home runs, one of them in a July game.

Hosey's playing career ended with three games with the Royals at AAA Omaha in 1998, hitting one more home run. 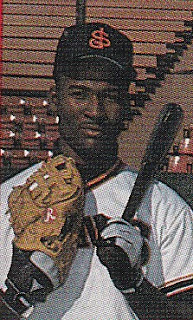