Lance Dickson felt, even as a first-round pick, he had to earn the majors; He saw bigs over three starts 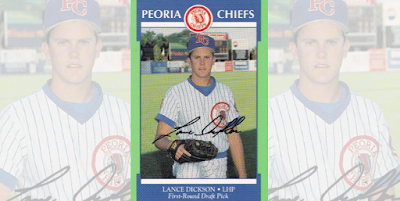 Originally published April 29, 2013
Other top picks had moved up quickly. The question was, did the Cubs' first-round pick Lance Dickson expect to see himself in the majors soon, according to The Chicago Tribune.

Dickson, though, only had six outings left in his career. He got four in 1994 at AAA Iowa, then two final outings in 1995 in the rookie Gulf Coast League, ending his career. 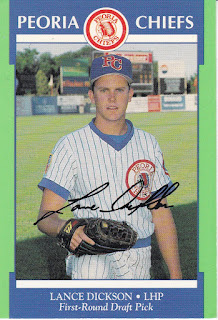