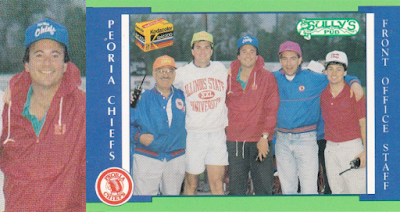 Fresh off an internship at AAA Tucson, John Y. Butler returned home to Central Illinois in 1985 to the Peoria Chiefs to become the club's director of promotions and public relations, according to The Bloomington Pantograph.

Two months in, he'd quickly lined up a list of promotions that included appearances by Ernie Banks and Mickey Mantle, The Pantograph wrote.

"It's a lot of fun," Butler told The Pantograph of his new job. "(Owner) Pete Vonachen is easy to work with."

Within three years, Butler had become the team's general manager. He went on to work for Peoria's Bradley University and the Peoria Rivermen, serving with the Rivermen as team president.

He started with the Chiefs in 1985 as promotions and public relations director and stayed in that role for three seasons. Then, in 1988, he made the jump to general manager, a job he held through August 1990, when he resigned to join Bradley in promotions and fund raising.

Butler later credited his time with the Chiefs, and time under the team owner, Vonachen, as pivotal in his early career, according to The Pantograph.

"He taught me the important things … details most people don’t think of," Butler told The Pantograph upon Vonachen's passing in 2013. "He put a lot of fun and excitement into what we did. I was in my early 20s, and he almost was like a second father to me when I moved to Peoria."

He went on to serve as assistant athletic director for development at Bradley, then, by 1999, he joined the Rivermen. For the 2002-2003 season, he won league Executive of the Year honors.

"I’ve been fortunate enough to work for two successful organizations prior to the Rivermen (Peoria Chiefs and Bradley University)," Butler told Peoria Magazine in 2003. "I've gained tremendous business and leadership skills from my mentors, Pete Vonachen of the Peoria Chiefs and Ron Ferguson of Bradley. My advice is to gain practical experience with a successful organization. Learn how to sell effectively, be aggressive, and live outside your comfort zone." 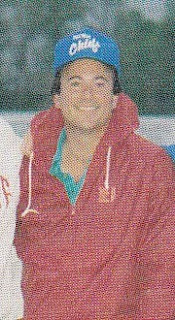