Jim Pena had a rough start at AAA in 1992, then got the biggest news of his career, his call to the bigs

Originally published April 3, 2016
Taken out of a rough start at AAA Phoenix in July 1992, Jim Pena got the biggest news of his career, he told The Los Angeles Times later. 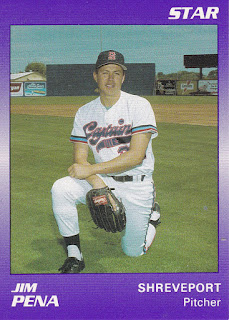