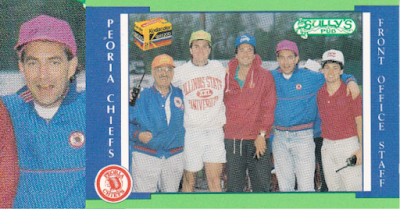 Baseball cards were big in 1990 and the Peoria Chiefs worked to incorporate them into a game day promotion that May, assistant general manager for the Chiefs Jeff Reeser told The Chicago Tribune.

The team did so by holding their own card show both before and during a game against South Bend, Reeser told The Tribune.

The club even had players sign autographs at the show, including the top pick for the Cubs in 1989, Earl Cunningham and another Chief, Pedro Castellano, The Tribune wrote.

Reeser joined the Chiefs by 1988, serving that year and the next as the club's director of marketing. He then took  the title of assistant general manager for 1990.

Prior to joining the Chiefs, Reeser grew up in Chenoa, Ill, about 50 miles east of Peoria.

There, Reeser showed some sports skills of his own. He made plays there as a guard on the school's basketball team in 1977. He then helped his team to a 22-3 record by February 1988, putting in 22 points in that 22nd win.

Reeser's time with the Chiefs continued in 1990 as assistant general manager, but his time with the club appeared to end that year. The Bloomington Pantograph described him that September as having recently resigned. 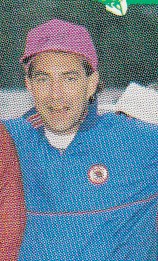