Craig Cala took up his passion after his own playing days ended, he became a youth baseball instructor

Originally published Feb. 12, 2013
For Craig Cala, his longtime career, the career he took up after his own playing days were done, was exactly what he wanted to do.

Cala, in 2011, was continuing a long career as a baseball instructor in South Florida.

"It's been a passion of mine to instruct kids," Cala told The South Florida Sun-Sentinel in 2011. "It's an opportunity to have them build their skills. It's my goal to help kids accomplish their goals and take them to the next level."

Cala started his career as an instructor after a brief career as a player. Cala played just two seasons in the Giants system, making it to high-A but no higher.

With the Giants, Cala started at rookie Pocatello. There, he hit .319 in 44 games. He also hit eight home runs and knocked in 18. In one August game, he picked up three hits.

"We can't put pressure on him on trying to break records," Cala told The Sun-Sentinel that July of Page. "I just tell him to do his best and not to worry about things like that."

Cala continues to serve as an instructor in 2019 with Player's Choice South Florida. 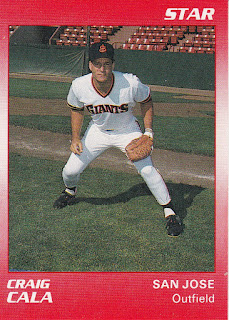