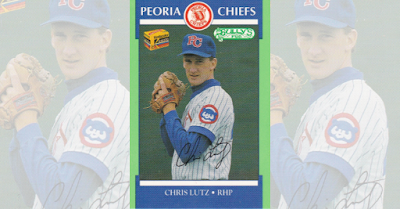 University of Michigan pitcher Chris Lutz pitched well in his previous three starts, The Detroit Free Press wrote in May 1986. In the start on this day, he pitched well enough to win.

"I didn't have my stuff," Lutz told The Free Press after the 6-1 Michigan victory. "To be truthful, I didn't have a thing fastball, curve, nothing. I just tried to battle them."

Lutz' pro career began in 1988, taken by the Cubs in the 43rd round of the draft out of Michigan.

At Michigan in May 1986, Lutz pitched Michigan to a 7-1 win over Iowa on a six-hitter. He also struck out 10 and walked one.

The Chicago Tribune featured the Geneva team and its struggles early that season and noted one scene involving Lutz, writing he expressed frustration by throwing his glove and breaking a window. 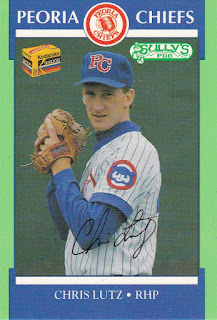