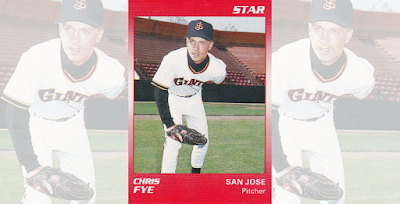 Originally published Feb. 7, 2013
Chris Fye got that April 1990 start for San Jose, and he appeared to make the most of it. He got into the eighth inning giving up just two hits and no runs.

In the eighth, though, Fye gave up two straight hits and his 1-0 San Jose lead turned into a 5-1 San Jose loss, The San Jose Mercury News wrote.

Fye was in this third professional season that year. It was also his last.

Fye's professional career began in 1988, signed by the Giants as an undrafted free agent. Then a resident of Bellevue, Neb., Fye went on to attend Iowa Western Community College.

With the Giants, Fye started at short-season Everett. There, Fye got 27 outings, two starts. He posted a 3.19 ERA in 48 innings of work. 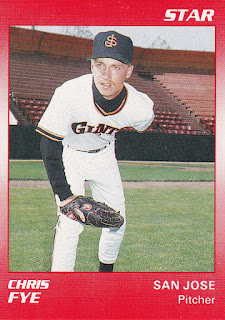