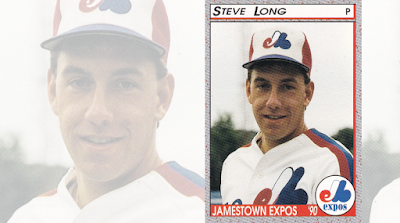 The Sumter Flyers ran away to a 8-3 win in this April 1991 game and manager Lorenzo Bundy ticked off the list of the Sumter pitchers who contributed, according to The Sumter Item.

Among them was Sumter reliever Steve Long, who pitched the ninth and allowed a run, The Item wrote.

"Steve hadn't pitched since Friday and he was a little rusty," Bundy told The Item, "but he did alright."

Long pitched for the Flyers in his second season as a pro. He went on to pitch in a total of seven campaigns. He made AAA, but he didn't make the majors.

Long's career began in 1990, taken by the Expos in the sixth round of the draft out of St. Xavier University in Chicago.

Long started with the Expos at short-season Jamestown. He got into 22 games in relief and turned in a 1.37 ERA, won four and saved two. He moved to single-A Sumter for 1991, where he got into 63 games and saved 17.

Prior to that 1991 campaign, Long got another assignment, this one from The South Florida Sun-Sentinel. He and a couple other athletes tried to beat carnival games. He won a large, orange stuffed tiger, successfully throwing a plastic ball into a basket. 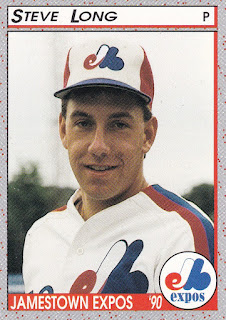