Kevin Burdeck suffered a broken nose in the dugout at AAA; He never made the bigs 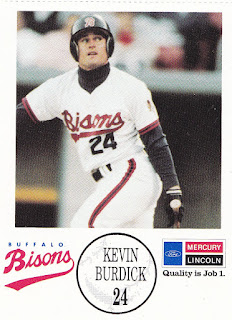