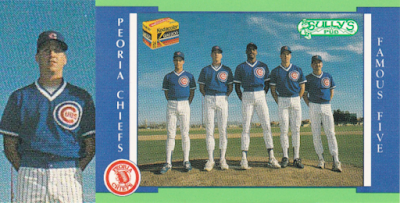 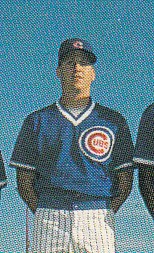 Jeff Hirsch faced off against Oakland's Glenn Hubbard in spring 1988 and the meeting ended as Hirsch hit Hubbard in the face with a fastball, The Chicago Tribune wrote.

The match-up got mentions in that fall's post-season, Hirsch recalled to The Tribune the next spring, but Hirsch continued on as he did before.

"It's unfortunate it happened, but it hasn't affected the way I'm throwing," Hirch told The Tribune. "I'm still the same pitcher. I'm a little wild, so it could happen again."

Hirsch's career began in 1985, taken by the Cubs in the 22nd round of the draft out of UCLA.

Hirsch began with the Cubs at short-season Geneva. He got into 22 games in relief, save 13 games and turned in a 2.05 ERA.

He moved to single-A Peoria for 1986 and saved another 12 games over 47 outings. That May, he briefly played at AAA Iowa for an exhibition game against the big-league Cubs. Hirsch struck out Keith Moreland, though Moreland hit left-handed.

Hirsch played 1987 between single-A Winston-Salem and AA Pittsfield. He went 10-2 overall in 61 outings and saved 24.

Hirsch made AAA Iowa for much of 1988. He picked up a win in a May game, while leaving the bases loaded in one situation.