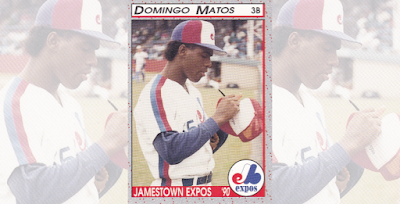 Domingo Matos had a good night for the West Palm Beach Expos in June 1993, according to The South Florida Sun-Sentinel.

Matos picked up three hits against Lakeland and picked up two RBIs, The Sun-Sentinel wrote.

Matos picked up those hits in his fourth season as a pro, his first at high-A West Palm Beach. Matos returned to West Palm Beach the next year, what would be his final year as a pro. He never made AA.

Matos' career began in 1990, signed the previous year as a free agent out of his native Dominican Republic.

Matos played his first year with the Expos at short-season Jamestown. He hit .203 in 47 games, with four home runs.

He returned to Jamestown for 1991. He got into 68 games that year, turning in a .253 average and hitting eight home runs. 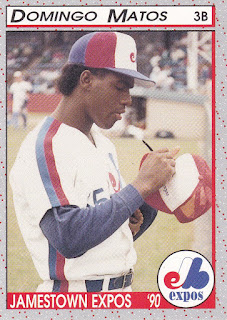