Craig Paquette expressed thanks at returning to the majors, then had his most successful seasons 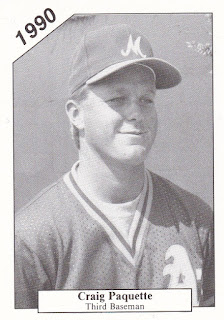 Paquette joined the Tigers for 2002, getting into 72 games. He then got into 11 final contests in April 2003, ending his career having played in a total of 11 big league seasons.