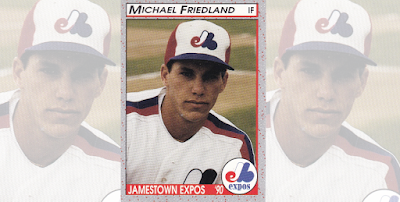 The San Mateo American Little League team made it to the Northern California championship game in 2019 and helping them get there were a young Donovan Friedland and his dad, Mike Friedland, according to The San Mateo Daily Journal.

San Mateo manager Jason Gordon marveled to The Daily Journal at their luck.

"We got a package deal with a dad who is an amazing baseball instructor," Gordon told The Daily Journal of the pair. "We definitely won the lottery with that one."

Gordon marveled because Mike Friedland brought with him experience as a player in both the college ranks and the pros. His pro career lasted two seasons and ended in 1991 with single-A Rockford.

Friedland's pro career began in 1990, signed by the Expos as an undrafted free agent out of Sacramento State.

Friedland started with the Expos at short-season Jamestown. The infielder played in 66 games. He hit .226, with four home runs and 28 RBI.

Friedland moved to single-A Rockford for 1991. He hit into an inning-ending double play in a game that April. Overall, he saw time in just 12 contests. He went 4 for 46, with two RBI to end his career. 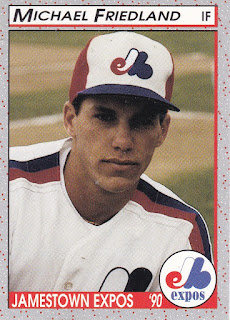