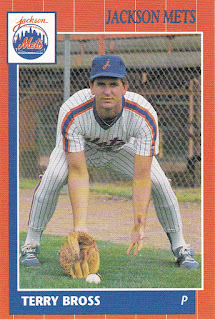 Terry Bross came on in relief for the Jackson Mets in this July 1990 game and, by the time he was done, he had a new franchise record for saves, according to The Jackson Clarion-Ledger.