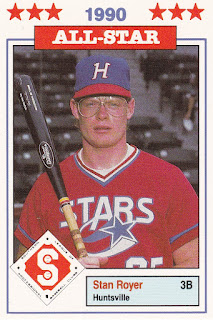 "We try to set the expectations for kids to let them know it is a very difficult road. But that doesn't means it's not doable," Royer told The Effingham Daily News. "I'm standing here in front of them, and I played at these fields like they did."