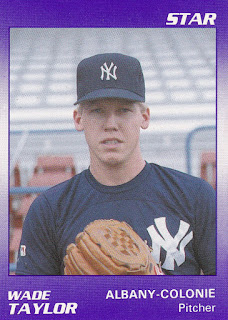 After his slow spring in 1992, Taylor had an abbreviated season. He only started five games, across three levels of the minors. He then started five more games in 1993 at AAA Columbus, ending his career.