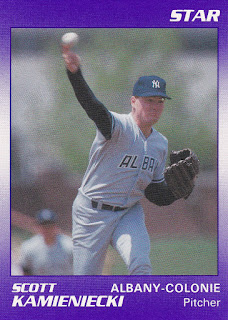 Kamieniecki continued pitching in the majors through 2000, turning reliever in 1999. In 2000, Kamieniecki got into a total of 52 games between the Indians and Braves, posting a 5.59 ERA between them. It was his final season in the majors.