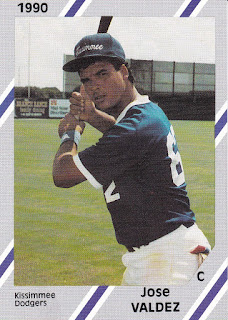 Signed by the Dodgers as an amateur free agent in late 1987 out of his native Dominican Republic, Valdez played his first two seasons for Santo Domingo.

He moved stateside for 1990, but his pro career in the United States proved brief. He played a single season.

The Dodgers brought him to Florida for 1990. He played the year at rookie Kissimmee in the Gulf Coast league. The catcher got into 59 games, hitting .320 and recording 43 RBI.

That season proved his only season with the Dodgers and marked the extent of his minor league career.