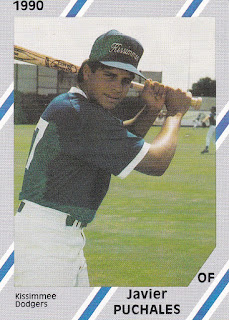 The Gulf Coast League Dodgers charged to the league title in 1990 and Javier Puchales helped get them there, according to The Sarasota Herald-Tribune.

The GCL Dodgers took the championship with a 9-4 decision over the GCL Expos. Puchales knocked two hits in the game, The Herald-Tribune wrote.

Puchales' career began in 1989, taken by the Dodgers in the 25th round of the draft out of his native Puerto Rico.