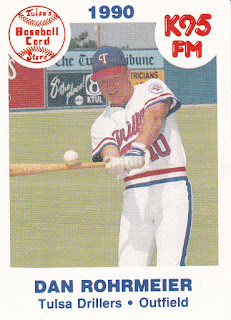 "If this is where he is now, he's going to give it the most effort," Fargo-Moorehead manager Doug Simunic told The Hudson Star-Observer of Rohrmeier. "He really takes care of himself and really loves to play baseball. He can't get enough."