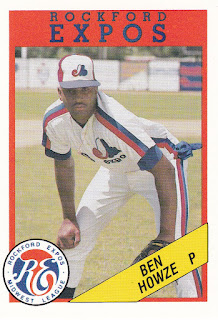 Pensacola's Booker T. Washington High School started on its own 33 yard line in this November 1986 contest and drove for the score, according to The Pensacola News Journal.

Howze played another sport at Washington, baseball, and baseball got him to the pros. His professional baseball career lasted six seasons. He never made AA, but he has gone on to serve as an instructor.

Howze's pro baseball career began in 1988, taken by the Expos in the second round of the draft out of Washington High.

In 2019, Howze serves as director of Showcase Baseball Academy in Georgia, "one of the premier youth baseball operations in the country," according to the academy site.