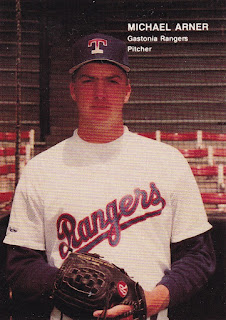 Arner returned to Tulsa for 1993, his last year in affiliated ball. In spring 1995, he signed with the Blue Jays for replacement ball. In 1997, he was playing at independent Canton.

Since 1997, Arner has coached with the independent Sioux Falls Canaries and for the Rockies at single-A Asheville. In 2009, Arner still coaching, in high school at Tampa's Plant High.