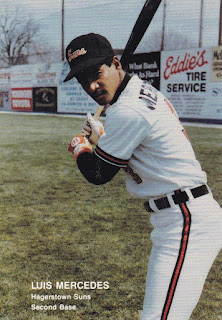 After not being recorded as playing in 1994, Mercedes returned for one final season as a pro in 1995. He got 25 games with the Pirates at AAA Calgary, playing the remainder of the year in Mexico, ending his career.