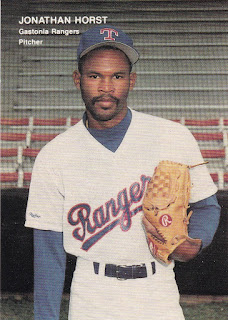 "For all I knew," Hurst told The Herald-Journal at his old high school field, "there wasn't professional baseball or the major leagues. When I stepped on this field, I was in heaven. It just went from there."