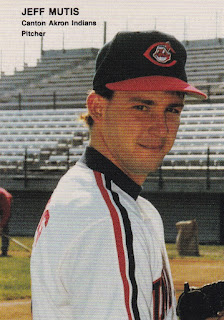 Mutis, though, played three more seasons. He played 1995 with the Marlins at AAA Charlotte, then 1996 with the Cardinals at AAA Louisville. In 1997, his final season, Mutis returned home, starting two games with the independent Allentown Ambassadors, ending his career.