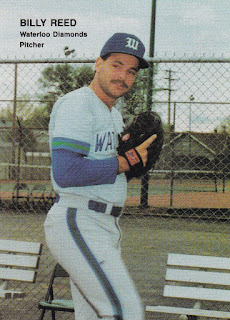 For 1991, Reed played at high-A High Desert, getting 21 relief appearances. He also got 10 outings at independent Miami. He had a 6.12 ERA on the year. It was his final season as a pro.