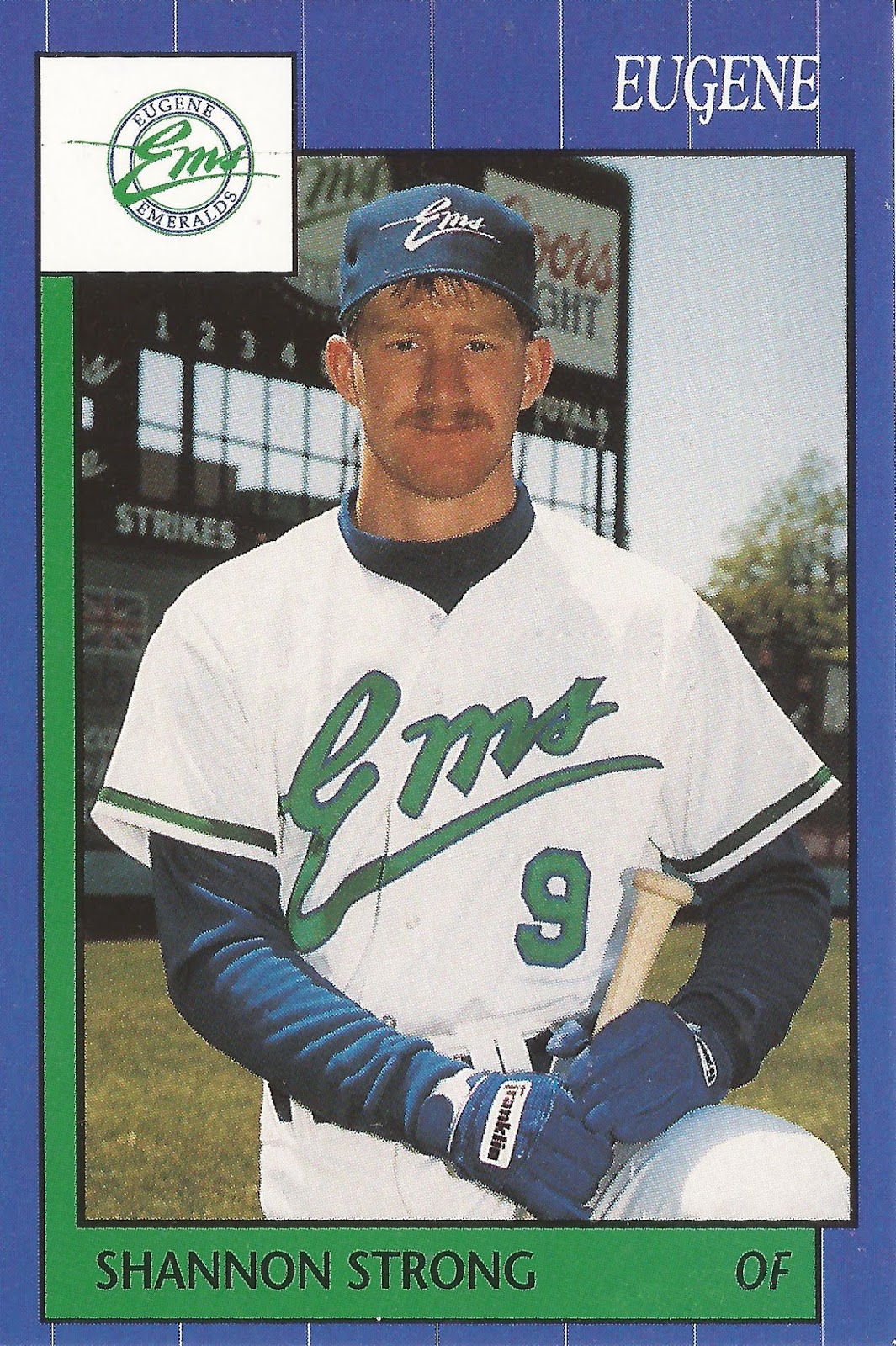 Shannon Strong called turning pro in 1990 the best thing he'd ever done, according to The Eugene Register-Guard.

He expected long days, long nights and long road trips. He loved it, he told The Register-Guard.

"I know the odds are against us making it (to the major leagues) but I've never thought about not making it," Strong told The Register-Guard late that June. "This is it. I can't think of anything else I'd rather be doing."

Strong's career began with the Royals' short-season team in Eugene that year. It also ended with Eugene. Strong played just that single season as a pro.

Strong signed on with the Royals that June as a 41st round pick out of Treasure Valley Community College in California.

At Treasure Valley, Strong played two seasons and hit .368, with 15 triples in 1990. He also hit four home runs in one game that spring, according to The Register-Guard.

With the Royals in June, Strong helped his team to an early-season win by simply standing at the plate as two balk calls sent two runners home, The Register-Guard wrote.

"Runs are runs," Strong told The Register-Guard afterward. "I was just trying to concentrate, trying to get a hit, and it screwed me up. But, hey. those two runs got us back in the game."