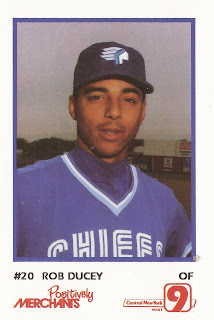 Ducey has since gone on to a career as a scout, first with the Blue Jays and more recently with the Rays and with the Phillies as a minor league coach.