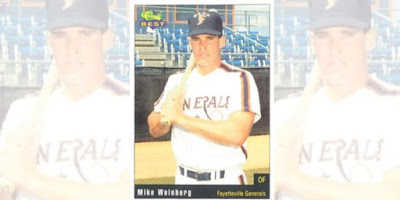 One New York City councilman noted the renaming of an intersection on 72nd street for Michael Weinberg most fitting as the intersection stood near where Weinberg played Little League baseball, according to The Queens TimesLedger.

A local state assemblyman also spoke of the significance of placing Weinberg's name there for all to see.

"People are going to look at that street sign," the assemblyman said at the April 2003 naming ceremony, according to The TimesLedger, "and know that they are treading where an outstanding human being once walked."

The man they spoke of served as a New York City firefighter for seven years. On Sept. 11, 2001 - his day off - he heard of the attacks, rushed in to help. He arrived shortly before the collapse of Two World Trade Center. He and 342 other firemen died.

Years before he served New York City, Weinberg served as a Detroit Tigers minor leaguer, as an outfielder. He played two seasons before injuries ended his playing career and sent him on his path to the New York City Fire Department.

Weinberg loved his job as a firefighter, the action, the camaraderie, his father Morty said in his obituary. "He liked everything about it."

Weinberg grew up in Queens, attended Brooklyn's Cleveland High School and then St. John's University. He excelled at baseball and many other sports.

At St. Johns, he won conference MVP honors in 1988 as he helped his team get to the NCAA tournament. He then signed with the Tigers for 1990 as an undrafted free agent.

He started with the Tigers at short-season Niagara Falls. He got into 40 games as an outfielder and hit .238. (Despite playing significant time for the club, he did not get a card in the team's 1990 set.)

Weinberg moved to single-A Fayetteville for 1991. He went 2 for 6, with two runs scored in an April game against Sumter. Both his hits that night touched off Fayetteville rallies, The Sumter Item wrote. He got into 45 total games, hitting .217. Hit by a collarbone break, the Tigers released him mid-season.

Weinberg made his way back to New York City and, in 1994, he joined the fire department. But sports weren't far from his mind.

"I was told that he was always at the fire house swinging the bat or the golf club, and he really became a heck of a golfer," Weinberg's coach at St. John's Joe Russo told The Associated Press in an early story about Weinberg's death.

On Sept. 11, 2001, Weinberg was actually on vacation, getting ready to swing a golf club at Queens' Forest Park Golf Course. He quickly heard about the first plane, then swiftly made it back to his station, Engine 1, Ladder 24, and drove a fire department car with Chaplain Mychal Judge as a passenger.

As the first tower fell, Weinberg tried to take cover under a firetruck. His body was among the first recovered. He was 34.

In 2002, at a ceremony honoring Weinberg held by his old school St. Johns, Jim Hallaby, a firefighter who worked with Weinberg at Engine 1, Ladder 24 remembered him to The TimesLedger.

"Not a day goes by that I have not thought about Michael," Hallaby told The TimesLedger. "When people find out I am a fireman, many say 'you must have lost some good friends on 9/11.' I can't help but to talk about Mike and tell people how nice he was." 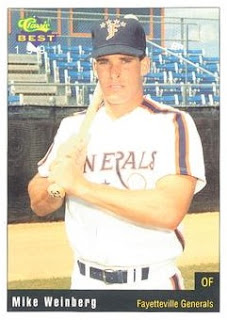