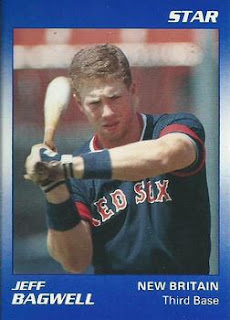 "I'm just thank thankful I'm even on the ballot, and we'll go on from here," Bagwell told reporters then.

Bagwell made the Hall of Fame in 2017, on his seventh try.

"I don't even know how I'm supposed to react," Bagwell told MLB.com after hearing the news. "It's been a whirlwind. It's been fun and exciting. My family is very, very excited for this thing. ... I could not be more excited. It's a weird thing to be a Hall of Famer. I wrote it on a ball tonight, and it was kind of crazy. So it was cool."