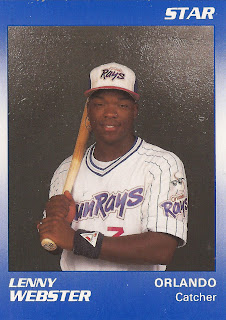 "I'm not a home-run hitter, I just try to hit the ball hard," Webster told reporters afterward. "He got it down and I took advantage of his mistake. I feel very relaxed at the plate. I was tired. I wanted to go home."