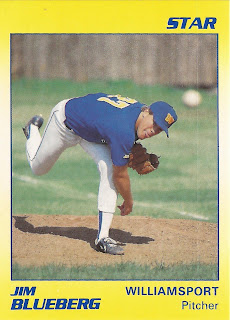 
Jim Blueberg to The Examiner compared himself, at 6 feet 4 inches, to his son, at 5 feet, 11 inches