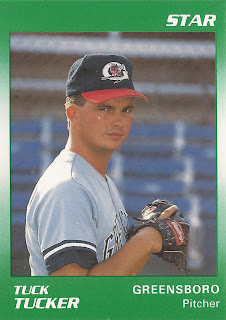 Tucker's career began in late 1989, signed by the Yankees as an undrafted free agent out of the University of Miami. Tucker was also credited as Tuck Tucker.