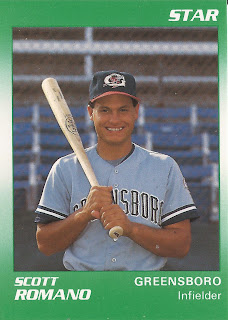 Romano played in three more seasons. He played 1997 at high-A St. Petersburg, then 1998 at high-A Modesto. He isn't recorded as playing in 1999. His final season came in 2000 at independent Feather River in the Western League.