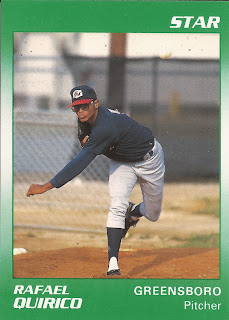 Quirico played the rest of that year in the minors, then 1997 in the minors for the Angels, ending his career.